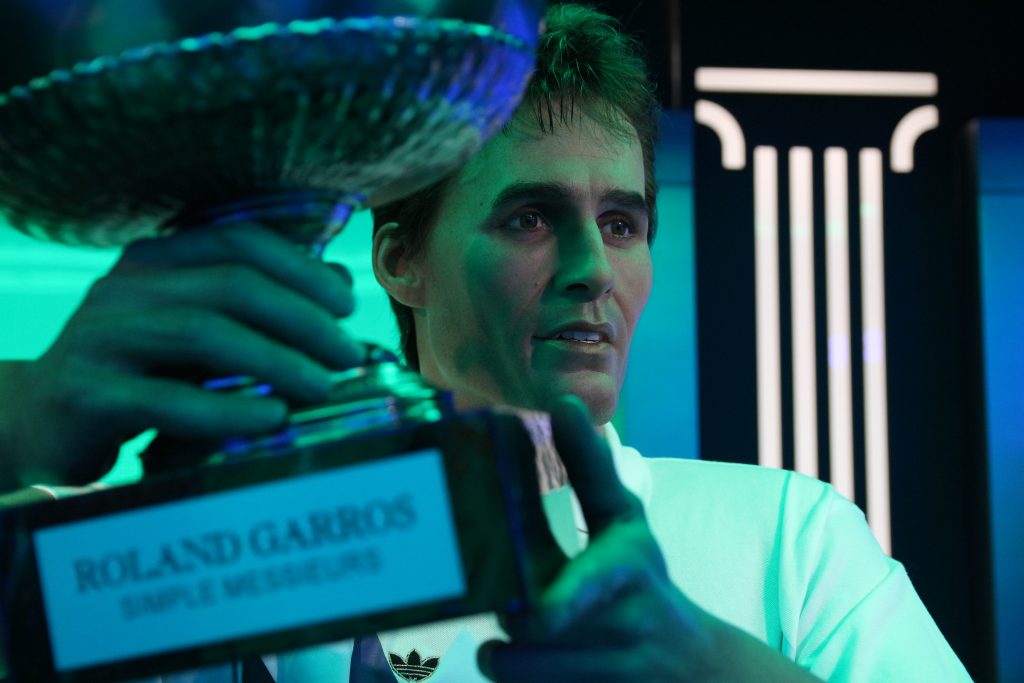 It’s the people who make the country great. And Czechs have many of those who they can be proud of. Do you know any of them? 🙂

Probably, the most well known person of the recent era is Václav Havel (pronounced as “vaːt͡slav ˈɦavɛl”; 1963-2011). A writer, dramatist, philosopher, but also a political dissident and the first president of the Czech Republic. His political activities brought him to the conflict with the communist regime and he even spent four years in prison. In 1989 he played the major role during the event of Velvet Revolution that led to the end of the communism in Czechoslovakia. Being popular, he was elected the first post-communistic president of Czechoslovakia and after the split of Czechoslovakia in 1993 as the first president of the Czech Republic.

Czechs are pretty good in sport. For such a small country, we actually hold several world records. One of them belongs to Jan Železný, who holds the world record as the javelin thrower.

“The Czech Locomotive” Emil Zátopek, a long distance runner, is the only man in the world who has three Olympic medals from three different runs – 5k, 10k and the marathon. And all won in 1952 Olympic Games in Helsinki. Amazing!

Ice hockey is the national sport no #1. We all know the names of such famous hockey players as Dominik Hašek (The Dominator, former goal keeper for Detroit) or Jaromír Jágr (45 years old and still playing in the NHL).

Ivan Lendl, originally Czech, now living in the USA, is definitely one of the greatest tennis players of all time. With eight Grand Slam titles he can be compared with the best contemporary players. He is also a great admirer and collector of Alphonse Mucha’s posters (his collection is labeled as the most complete collection of Mucha’s posters).

Martina Navrátilová, born in Prague, is probably the greatest female tennis player ever. She won 18 single Grand Slam titles (nine Wimbledons). When she was stripped of her citizenship by the communist regime, she asked the US for temporary residency, and she eventually remained there.

In the world of classical music, you all must know the name of Antonín Dvořák. Known all around Europe, he was a director of the National Conservatory of Music in New York City for three years. By the New York Philharmonics he was commissioned to write his famous Symphony no. 9, “From The New World”, that is even today considered as one of the greatest pieces of classical music ever composed. Neil Armstrong took its recording onto Apollo 11 during the first Moon landing. So, with a tiny little bit of international pride we might say that Czechs have been to the Moon. 🙂

A generation older from Dvořák, being called as the “father of Czech music”, was Bendřich Smetana. Known especially for his opera The Bartered Bride and the symphonic cycle My Country (Má vlast, sometimes translated also as My Fatherland or My Homeland). The second movement of this fantastic chef-d’œuvre carries the name of Prague’s river – Vltava (or The Moldau). And if you listen carefully, you might notice a resemblance to another piece of world music 😉

Emmy Destinn was a world-wide-known Czech operatic soprano. Her amazing voice has opened doors to most of the European concert halls, and also made it to the New York Metropolitan Opera. She was singing with the greatest names and voices of opera music, such as Enrico Caruso, Arturo Toscanini or Richard Strauss. She made the country so famous that the Czech government put her picture on 2.000 CZK banknote.

Alphonse Mucha, an Art Nouveau painter and decorative artist, was known best for his distinct style. He produced not only paintings, but also illustrations, advertisements and posters. He is the author of a cycle of 20 large canvases called The Slav Epic. The cycle depicts the history and mythology of Czechs, from the earliest times until the 20th century.

There are, or were, numberes of amazing writers in the Czech republic (or Czechoslovakia), and many of them became famous all over the world. You surely must know Miloš Kundera‘s Unbearable Lightness of Being. But who wouldn’t know Franz Kafka? Born in Prague in the course of the new century, he became one of the most regarded writers. His style was rather bizarre, with the elements of surrealism, absurdity and often guilt. It is what affected the world of literature ever since. His best-know work is definitely The Metamorphosis, The Trial or The Castle.

Are you a movie fan? Then you are probably familiar with Miloš Forman, a movie director, screenwriter and actor. Since 1968 he lives in USA (being banned in communistic Czechoslovakia as well) where he has been receiving tons of awards for his movies, including Oscars. The most famous are Amadeus, One Flew Over the Cuckoo’s Nest, Man on the Moon, The People vs. Larry Flint or Goya’s ghosts.

United we rise, divided we fall. Every nation has their names of pride, and the Czechs are no exception. There are many more, obviously, we could talk about them for hours. However, there is a great opportunity to meet me on the tour and talk about them in more detail 😉

Photos and text by Jana Michalcová