What to see in Prague Jewish Quarter 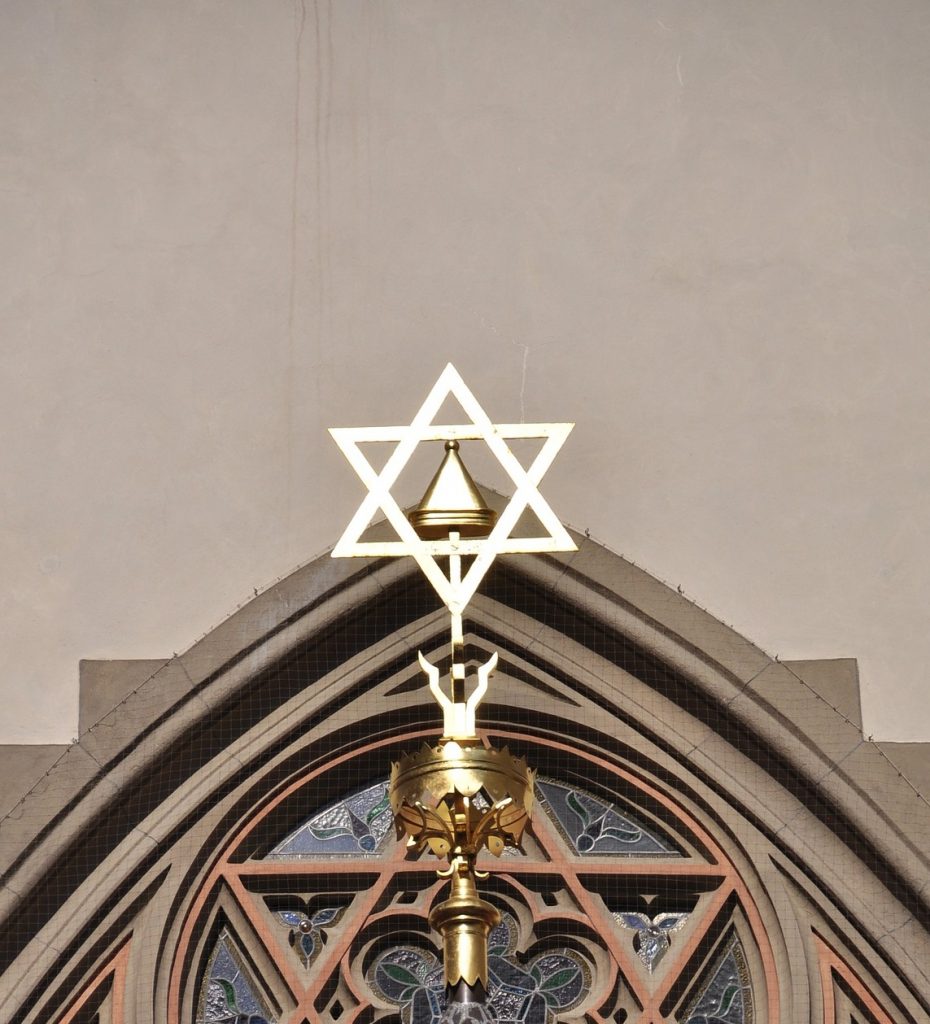 Prague Jewish Quarter, also known as Josefov, is one of the most popular sites in the city. Located between the Vltava river and Old Town Square, it is very easy to explore.

The Jewish Quarter is UNESCO World Heritage Sites since 1992. Among many sites to visit, the most attractive is the oldest functioning synagogue in Europe, the Old-New Synagogue. Additionally, the Old Jewish Cemetery is one of the most remarkable cemeteries. It is a must spot for those of you, who are interested not only in medieval Jewish history but also in World War Two.

Jews settled in Prague in the 9th century, as the merchants from the trade caravans. Firstly, they lived in various areas of the city. But, since the 13th century, they were ordered to move to the area next to the Old Town Square. In the end, they remained there for the next hundreds of years.

Jews in Prague experienced the golden times but also several anti-Jewish pogroms. It all shaped not only the community but the town itself as well. Generally, the greatest development of the Jewish quarter was in the 16th century. Under the reign of Emperor Rudolf II and major of Jewish area Mordechai Maisel. Maisel paved the streets, built the Town Hall and several other synagogues. Many of them are standing until today.

Subsequently, the 18th century brought the most dramatic changes to the life of Jewish town. Emperor Joseph II. issued reforms that helped the emancipation and development of the Jewish community. Thus, Jews started to leave the ghetto and move to other parts of Prague. Their vacate homes welcomed poor, there was no basic sanitation. The whole area became one of the poorest parts of the city and so had to be “developed” in the late 19th century.

Streets and houses were demolished, new apartments and boulevards built instead. The city of Prague even torn down several synagogues and various houses. Modern buildings (at least for the beginning of the 20th century) filled the new streets. And they became the most beautiful in the city.

Only some synagogues from the medieval times survived, and they tell us the story of the Jewish community. Let’s have a walk through them.

Maisel Synagogue (1592) has changed its appearance several times. Its actual style is neo-gothic. However, it is one of the reminders of the golden age of the ghetto. Presently, Maisel Synagogue is a part of the Jewish Museum’s exhibition.

The name of the synagogue refers to its owner, Mordechai Maisel. During World War Two, the synagogue was used to store the properties of the Czech Jewish communities.

Old-New Synagogue and the Golem of Prague

Old-New Synagogue is still in use by the orthodox Jewish community. Its interior is very simple, but it makes it more beautiful. In the centre you can find bimah: raised, reader’s platform where the Torah scroll is placed to be read. The Torah Ark, facing toward Jerusalem, is a cabinet where the Torah scrolls are kept. The Ark is covered with an ornate curtain, the parochet which hangs outside the Ark doors. The seats are placed around the perimeter of the main hall.

Did you know? The most famous Prague legend is about Golem. He was a “protector” of the Jewish community, made by the famous Rabbi Loew. Golem was made of clay and brought to life through mysterious rituals. To keep Golem alive Rabi had to put a clay tabler inside his mouth. This ball was remover on Saturday. However, once Rabi forgot to remove the tablet and Golem started to destroy the city. Therefore, Rabbi Loew rushed to take out the clay tablet and put Golem to rest in the attic of the Old-New Synagogue. And for centuries it was not allowed to enter the attic.

Pinkas Synagogue is the second oldest standing in Prague. Primary, the synagogue belonged to the family of Horowitz, but later to the family of Pinkas. It was built in the half of the 16th century (1535).

Today, Pinkas Synagogue is home to the Memorial to the Victims of Shoah. There are more than 80.000 names written on the walls. They all belong to Czech Jews. To those, who never returned from the concentration camps after World War Two. The main camp where Czech Jews were transported was Terezín.

Find out more about World War Two in Prague.

Walking outside the Pinkas Synagogue, the path takes you to the Old Jewish Cemetery. It was in operation since the 15th century until the 18th century. Actually, the oldest tombstone is from 1439. It belongs to Avigdor Kara, the famous Jewish writer. Rabbi Loew, the maker of Golem, is buried here as well. To make more space through the centuries, the cemetery had to be raised to twelve layers. At the cemetery, there are 12.000 tombstones visible to the public. Much more are hidden in the lower layers.

Once you leave the Old-Jewish Cemetery, continue your visit to the other two part of Jewish Museum. Firstly, Klausen synagogue (1694) holds the main exhibition about Jewish traditions and customs. Secondly, Ceremonial hall, was the seat of the Burial Society, the group of the volunteers who took care of ill people and funeral service.

The best for the end, right? Finally, finish your visit in one of the most stunning buildings in all Europe. Spanish Synagogue dated back to the second half of the 19th century (1868). There used to be an old oratory, in the very same place, in medieval times. Because of its poor condition, the Jewish community agreed to rebuild it, to the present form. It was designed in Spanish Moorish style.

Presently, the exhibition is dedicated to the history of Jews in the 19th-20th century. You will find a lot of about Jewish literature and also about the story of Terezín Ghetto during World War Two.

Moreover, next to the Spanish Synagogue is the statue of the most famous Prague citizen. Franz Kafka, world-known write, the author of Metamorphosis or The Trial. There are very few people in the world who would not know his name. This Kafka statue by Jaroslav Róma is from 2003. The artist was inspired by Kafka’s story Description of a Struggle.

Note: Spanish synagogue is closed until 2021 due to reconstruction.

What to do in Prague Jewish Quarter

Prague Jewish Quarter and all its sites (synagogues and cemetery) is the part of the Jewish Museum. Therefore, you can visit them all. You need a ticket. I would recommend you to take Special Jewish Quarter Tour, so you get the most from your visit. Or, at least, have a good guide book.