Jana gave me a wonderful personal tour of Prague and its ancient and modern history. Very knowledgeable and also gave me excellent recommendations for local brews and breweries. ...

I am licensed guide of Prague, Czech Republic and Jewish Town. I'm studied archaeologist and history lover, definitely in love with Prague. 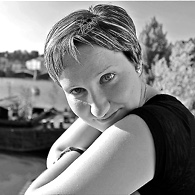 The Best of Prague

Get the most from your visit and explore the most famous sights.

The jewel of West Bohemia, spa paradise and the best Czech crystal factory, all of it you can find in Karlovy Vary.

Let’s get back to the Renaissance era and visit the extraordinary pearl of our country - Český Krumlov.

The last home of Archduke Franz Ferdinand d’Este before he was killed in Sarajevo in 1914.

The most visited castle in the Czech Republic that holds an treasure hidden for centuries.

Hope does not die in Terezín. Visit the former Gestapo prison and the Jewish Ghetto Terezín during the WW2.

The terror of Nazi occupation, the bravery of resistance and the fate of Czech Jews.

Explore the history of the Jewish community in Prague and the Czech lands. From the medieval times until the WW2.

Once the fortress to keep the crown jewels, today the most famous castle in the Czech Republic. Let's explore the Karlštejn Castle. Read More

As you might travel to Prague, there is list of the some of the most visited sights that are currently closed. I try to keep this list updated. Still, forgive me if there is any misleading information. The situation is changing every minute.  Read More

5 things to do in Prague as locals do

Imagine, you are in Prague. You covered all the major tourists sites, been to some concerts and now, having few more days in the city. You are looking for something that locals like to do. Well, what about trying some of these places? Read More

Q’s and A’s about Astronomical Clock

All you wanted to ask, but did not. Read More

What you always wanted to ask your guide.  Read More

Edgar Krása, one of the survivors of the Nazis concentration camps, died in February 2017. As he had mentioned in one of the interviews, “It won’t be long before there won’t be anybody left who can tell this.” That’s why he dedicated the last years of his life to traveling and talking about his experiences from the WW2. And he… Read More

What to do and not to do while in Prague.  Prague is a beautiful city full of amazing people and wonderful places to see. It's good to know, however, what to avoid so you won't spend more or get cheated. Read More

A spa town unique in many ways, Karlovy Vary, founded by the Emperor Charles IV in 14th century, are situated about 130 km west from Prague. Though its name might not seem familiar to you, there are many reasons to pay the visit. Drink the water and heal yourself Legend has it that in the forests near contemporary Karlovy Vary, Emperor Charles IV found… Read More

Who was Charles IV.?

Father of the Homeland, the greatest Czech, or just simply the Emperor Charles IV. Walking through Prague it is almost impossible not to “encounter” him or his legacy at least. As the Czech king and the Emperor of Holy Roman Empire, he still is an icon of Prague, Czechs and the whole country. But why? Charles was born in 1316 to John of Luxembourg… Read More

Hi! I am Jana, the Prague Tour Guide.

I am licensed guide of Prague, the Czech Republic and the Jewish Town. I am also a studied archaeologist and history lover and I'm definitely in love with Prague.

Though I am originally from Slovakia, I feel Czech the same way as Slovakian. I cannot imagine to live in a different city that I would call "home". Actually, when I was born, there was still one country called Czechoslovakia! Would you believe that I have lived in four different countries and moved physically only once? That’s because of the political changes in the last decades. Let me explain it to you in person on the tour :-)

I am guiding since 2010 and would love to show all the beauties of my Prague hometown.

Apart of guiding, I love reading, traveling all over the world, hiking in the nature, eating, drinking and sleeping :-)